Kiting Beyond! / Daring the Limit!

April 17, 2016
Manama, Bahrain: German kitesurfer, Anke Brandt, began her adrenaline-pumping kitemission from Amwaj Islands, Bahrain yesterday (April 17).
Through the GET Kite Mission - Kitesurf Arabia, Ms. Brandt will kite an incredible 550 kms from Bahrain to Abu Dhabi, UAE. “We are ready for round three of Kitesurf Arabia. This will be my second international long-distance kite mission. I kited from Bahrain to Doha, Qatar last month,” stated Ms. Brandt.
Anke who has been kiting since 2009, kited to Doha in just over 17 hours covering a distance of 298 kms in her previous mission. “I currently hold the record for the longest distance kite-surfed by a woman, which I set in 2014. At the time I circumnavigated Bahrain covering a distance of 250 kms,” she explained.
“By kiting to Doha, I managed to beat that record by close to 50 kms,” stated Ms. Brandt.
On completion of her new mission, Anke will beat her new record by over 250 kms. “I will set sail for Emirates Palace, Abu Dhabi from Amwaj Islands, accompanied by a support team,” she explained.
Anke is being accompanied by a 13.6 Meter SAR Rescue Boat, which has been provided by Kvichak Marine. “The boat we have is amazing which is named ‘Vigilant’. I think the name says it all. I don’t think that it will let us down at all,” she said.
“Now I just have to make sure that I keep up with it,” she added.
A team of five is on-board the boat which includes the Captain Robert Jones, co-captain, Dale Mascoll and a videographer, Hiba Skaini. “Captain Rob is very experienced and we have members of the kiting community on board, Yousif Al Harty and Ryan Hughes. So we’re ready to go!” she exclaimed.
“Bissmarine is helping out and thanks to Kvichak Marine we have the incredible boat,” she added.

Gulf Equipment & Technology (GET), Meritas and Amwaj Islands have also continued to pledge support to the mission, which aims to raise funds for Wings for Life. “Through the mission last month, we raised close to $1600 in online and offline donations,” she stated.
“My goal, however, is to raise $5,500 so I hope that people will rally behind the cause and make a donation online,” she added.
The boat is fully-equipped with satellite phones while Ms. Brandt is also carrying a tracking device. “The boat is fully equipped with safety equipment and is catered for the trip,” she added.
The GET Kite Mission - Kitesurf Arabia can be tracked live online through a link available on Ms. Brandt’s website. “People wishing to make a donation can also find the link to the donation page on my official website. Every little bit counts so there really isn’t any amount too small,” she said.
Following the mission, footage of the attempt captured by the photography team will be provided for approval. “This will be one of the key components in getting the approval from Guinness World Records,” she added.
“We’ve been waiting for the right weather conditions and the region is currently on fire so now it’s just a matter of daring the limit and kiting beyond,” she said. 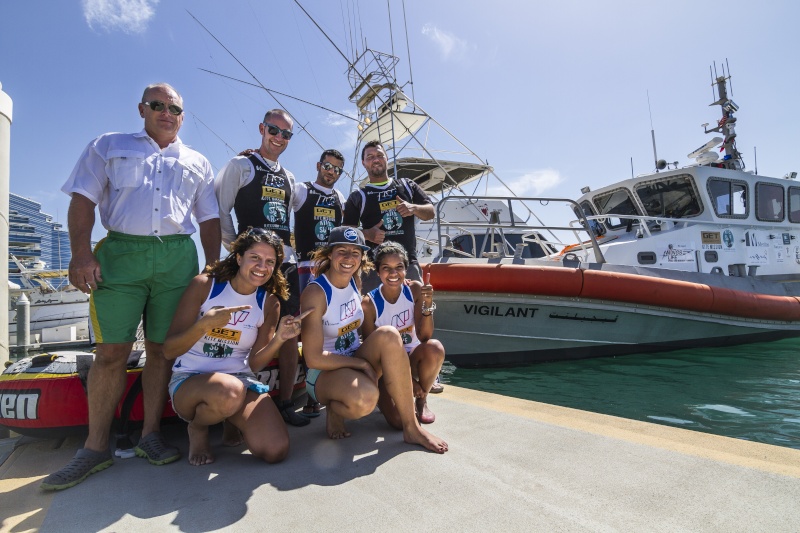 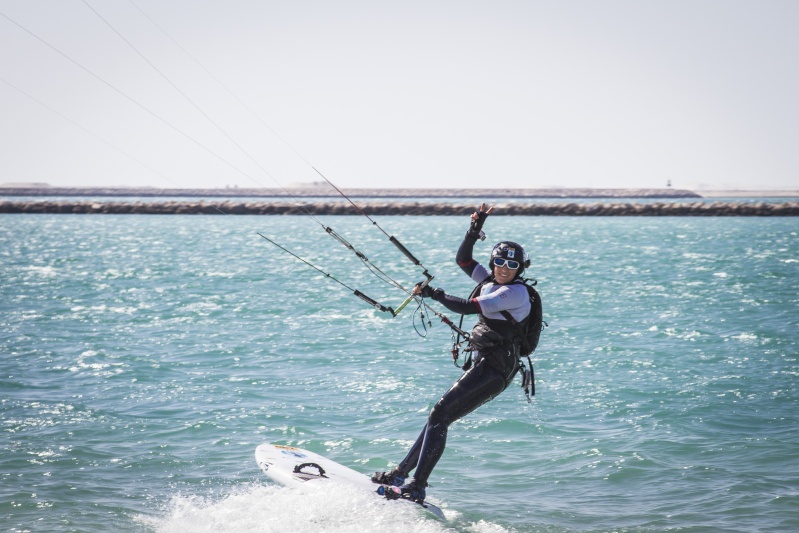 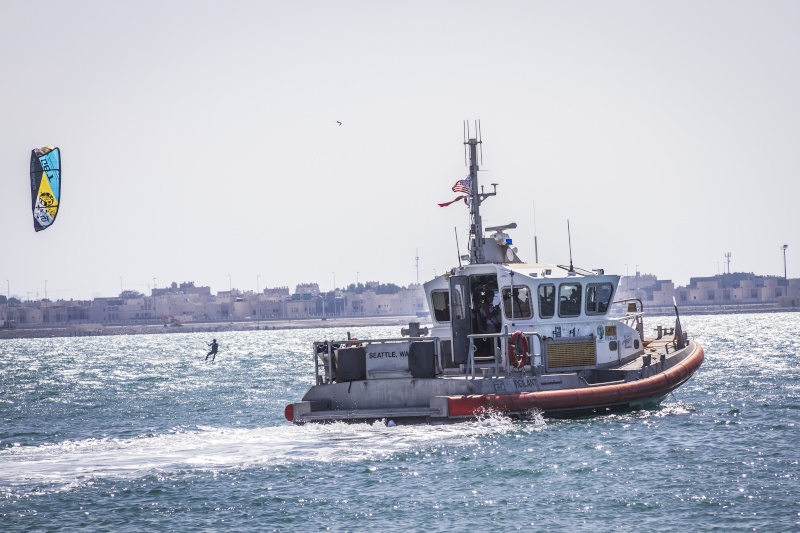 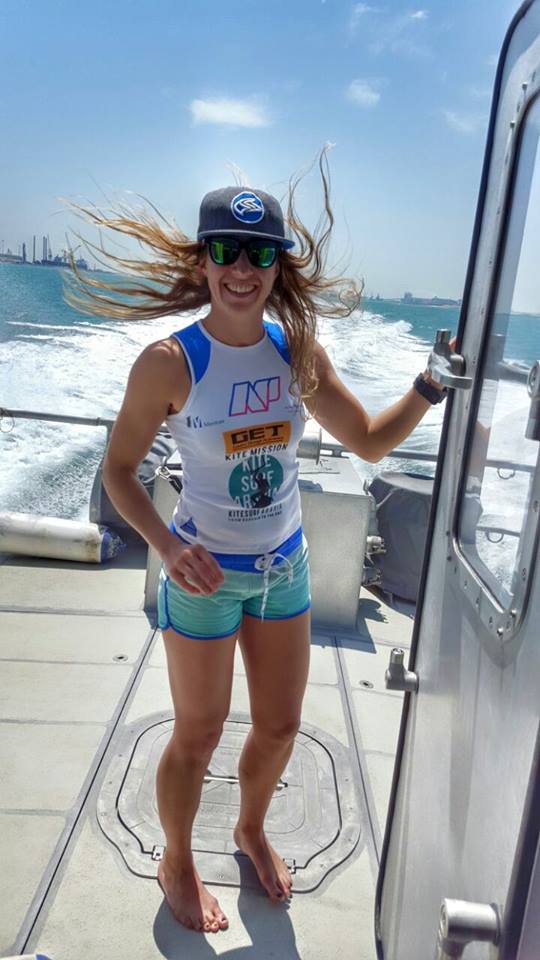 SHE'S DONE IT!!!🎉🎉🎉
Anke has completed her incredible kite mission from Bahrain to Abu Dhabi, obliterating her previous world record!! 💪
Anke, accompanied by her support boat from Kvichak Marine, kited for over 34 gruelling hours to Abu Dhabi, heading towards Emirates Palace Marina managed by ART Marine.
Thank you to all the mission supporters. More details are coming up soon. 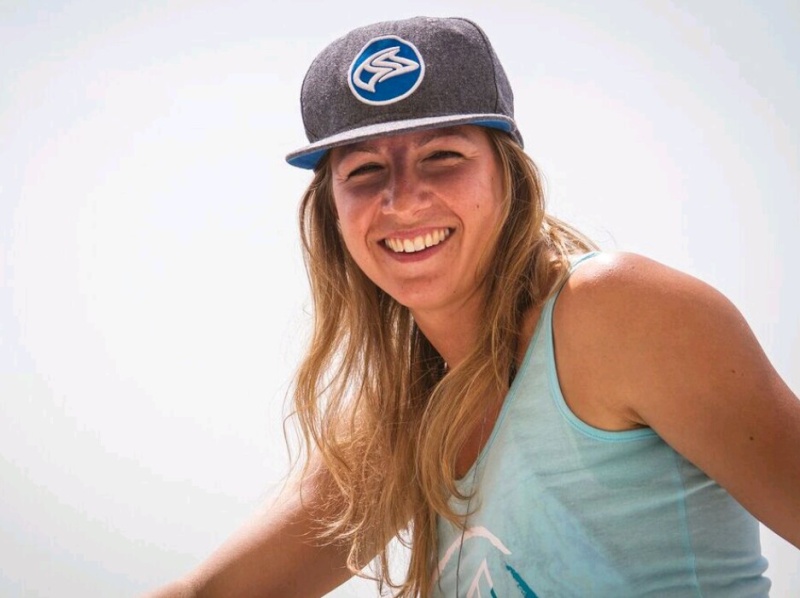